In 1996, Daniela Serrati combined her economic expertise and interpersonal skills to create Studio Esse, a trailblazing company that organizes high-end events. Its ability to skilfully combine the wishes of each customer with creativity and attention to detail has led to numerous awards and recognitions over the years, including the 2008 IFE Award.

After over two decades of growth and great success, Studio Esse is evolving into Atelier Esse, a more fitting name for a workshop that crafts the most exclusive, elegant events.

A recognised leader in the organisation of meetings, conferences and inter-company events, Atelier Esse immediately made a name for itself thanks to the high standards of its meticulously organized events. It guarantees customers:

The company’s target market is broad, varied, multi-ethnic and multi-sectoral: consequently, Atelier Esse has remodelled itself every time, viewing each event not as a repetition of the previous event, but as a challenge, an adventure to approach from start to finish with constant enthusiasm, precision, rigour and ideas that are always new and tailored to the client.

Over the years, Atelier Esse has established very close relationships with countries in the European market, such as Germany and France, as well as Asian countries such as Indonesia: abundant positive feedback from Managers and Managing Directors of major companies has crowned the success of every single event.

The company has received a number of awards, including in the “Professional Event Organisers” category at the prestigious 2008 IFE Awards, given for the following reason: “With the Brand Board Meeting for top managers of a well-known international telephone company, held in Taormina from 16th to 21st September 2008, Atelier Esse put on an extraordinary performance defined by effective, impactful content, delivering creative solutions worthy of the high-level attendees." 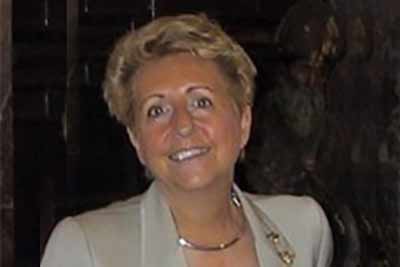 Daniela Serrati graduated in Modern Foreign Languages and Literature from the Università Cattolica del Sacro Cuore in Milan, received a diploma in Public Relations Techniques from CESMA and was awarded an Honorary Degree in Business Sciences with a specialization in Economics and Communication Technology by ISFOA, the Higher Institute of Finance and Business Organisation.

She is the founder and president of Studio Esse, an event management company, which in November 2018, after over twenty years of growth and great success, was transformed into Atelier Esse, a more accurate name for a workshop that produces the most exclusive, stylish events.

With years of experience behind us we have all the contacts you need for your media communication.

We provide artists, dancers, acrobats, musicians and much more to make your event, convention, gala dinner or awards night dynamic, fun and unforgettable.

Working with the best professionals in the industry, we illuminate your event with special lighting and effects, setting up your chosen location with a young, trendy layout and design.


We look for the most exclusive location, providing rapid feedback to your requests to create a successful event.

With the Brand Board Meeting addressed to the Top Managers of a well-known international telephone company, held in Taormina from 16 to 21 September 2008,

Studio Esse has been the author of an extraordinary performance in terms of effectiveness and intensity of content,

by combining the creativity of its solutions at the level of the participants.

“Thank you so much for everything, Madam Daniela, Francesca and Valentina you were so helpful and so total. Thanks to make everybody happy, thanks to make this event success and memorable. Hope we can work together in another big event! See you next time. God bless you all. Grazie.”

“Thank you and your team for your hard work organising the event as well as on site. The performers were excellent and we had such incredible feedback from our guests that I don’t think I’ve ever heard anything more positive coming from this group in any past events, so thank you very much for that!”

Feedbacks
We use cookies to ensure that we give you the best experience on our website. If you continue to use this site we will assume that you are happy with it.OkPrivacy policy